RSS Feed
← From High Kill to No Kill: From Dog Pound to SPCA
Found → 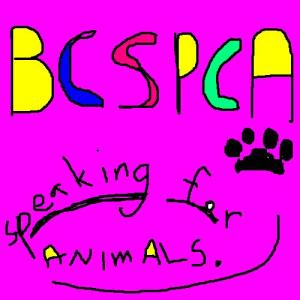 “A.J., good dog, here boy,” the dog romped over to the man who held a bowl of food.  The man placed the food down, scratching him behind his ears.  Then the man headed off to the next cage.  The dog, now called A.J., liked the man who was the one who had taken him gently out of the cage on the truck and had sent the noose stick man on his way.

Now A.J. lived in a big cage with a warm little house, blankets, and he got two big bowls of food a day and he would get walked once every day.  The people who took care of him were nice, but they were very busy because there were lots of cages, lots of other dogs, cats, and even little tiny animals that looked like squirrels, all barking, meowing, squeaking, and all wanting attention.

A.J. felt much safer, but the deep ache in his heart would just not go away.  Day after day, walk after walk, A.J. began to feel frustrated.  The other dogs began to bark too loudly, bite too often, and he did not want to be in the cage most of the time.

A.J. paced back and forth in his cage growling and barking at all the other dogs because they were all so angry at him and were all so loud.  A.J. just wanted to sleep somewhere quiet and play with happy dogs who liked him.  He slumped down sighing in his cage ignoring the food.  He closed his eyes and wished his heart would stop hurting.

He could hear the man walk by and heard him say, “Hey A.J. fella, guess you’re getting pretty sick of this place now, huh?  Time for your forever home soon, I hope.”  A.J. could not understand the man, but appreciated his warm tone, sighed, and decided he better eat his food which smelled really good.

writer/painter/explorer&comrade of Amicus,houndextraordinaire
View all posts by Andrea Layne Black »
← From High Kill to No Kill: From Dog Pound to SPCA
Found →